I was pretty worried when I woke up Sunday morning and it was pouring down rain, but by the time we opened the garden gates, the sun was shining, and lots of people came by to smell the roses.  As you know it was a fairly mild winter, and an early, warm spring, so the roses have been pretty much over the top this year...thus the decision to share them with friends and neighbors.  As you also know, the Sacramento City Pioneer Cemetery roses have been under attack...so, since I had quite a few started roses, we thought a sale to generate some money for the defense of the Sacramento roses would be a good thing.  And, it all worked out very well.  Our lovely Judy came up early to lend a hand, and I was able to pretty much sell all the rose starts via an on island e-mail list.  So all folks had to do was show up, give us money and take away their treasures.  We raised a very respectable sum to send to Sacramento, had fun, met lots of gardeners, and life was very good.
Here are some photos for those of you who couldn't make it on the day.
cheers
Claire

Back into the big chill...

Hey guys, hope you all had a warm and happy Thanksgiving...the weather was certainly lovely...until the next day...since then...temps. have gone back into the dumps, and here on Whidbey we are at 19 degrees, and going down...
However, there is much to be thankful for still.  Our roses are tough plants and most of them could care less if it gets a little cold, got to love that with the warm/cold cycles are are seeing this year.  And, there are our memories of bloom times past...with lovely roses decorating the inside of our houses in lots of ways...once of which is my favorite...rose painted china...and wow I have to tell you what happened on Thanksgiving this year.  One of our guests came in carrying a bowl with a potted plant in it...well, you say, lots of folks carry bowls around on Thanksgiving day...and you are right...but after she took the plant out of the bowl...this is what I saw....and I am still overwhelmed 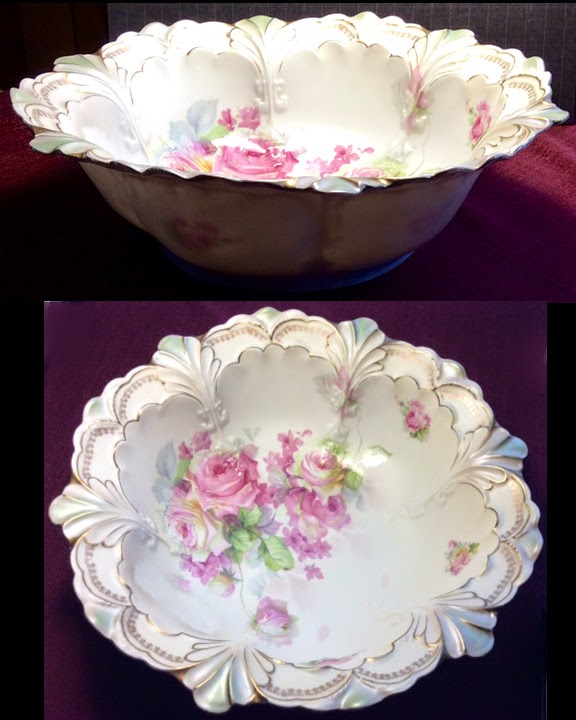 a 10.5 inch late Victorian 1900 German porcelain bowl...am I blessed or what?
Hope she brightens your day as she is doing mine
thinking thoughts of spring...best Claire

Posted by LocalLamb at 8:28 PM No comments:

A week or so ago, some members from Tacoma came up to bring me a couple of very special roses...the Hybrid Wichurana, Rambler Madam Constans, one of the roses that only Vintage seems to have had in the US, and N 92 Nanjing, a china, again, seems to be unavailable in commerce in the US now.  I really tried to purchase Madam Constans from Greg, but he had run out of plants before I could get on to him....but, I guess it is better to be lucky than good...because the plant he sold down south was very well grown, and we were able to divide it as it were.  Now the China rose, well I didn't know about her until I was offered a start...but, I think you guys know that my youngest son and his wife live in China, and Brendan did his post graduate work at Johns Hopkins-Nanjing Center for Chinese and American Studies, so he knows that part of China well.  Now, I am going to quote from HMFR
"N92 Nanjing" is planted in various parks and roadsides of the Jiangsu and Zhejiang provinces in China. It was collected by Dr. Y. Ueda in 2002 from a plant in front of the gate of the Jiangsu Forestry Academy in Nanjing"
So, I thought I would tell my son Brendan about my new rose with its connection to Nanjing...well, before I could send that e-mail, I got one from him, and what do you know...they were spending the weekend in Nanjing...he has been to the park where the rose was found, and looks forward to seeing her in bloom here on Whidbey...pretty cool don't you agree?
Anyway, here are some photos of our rosy day out 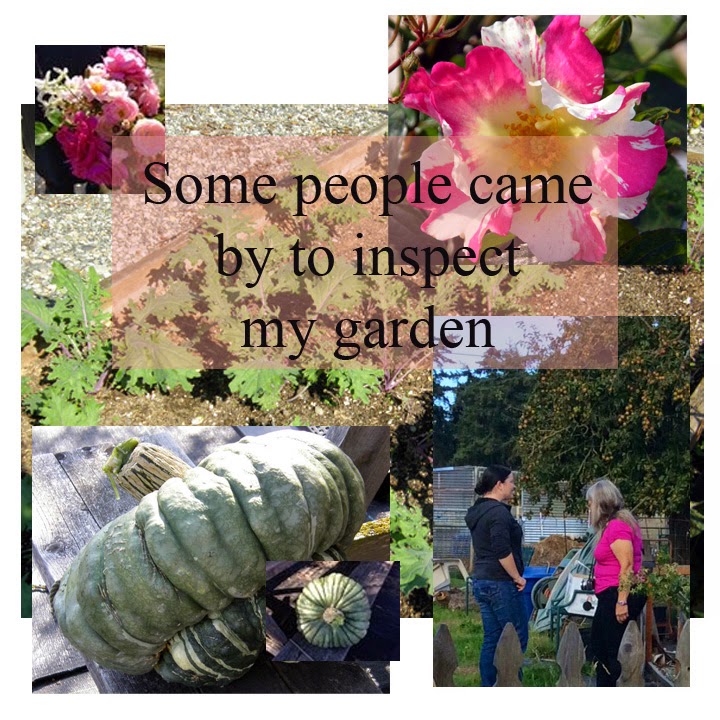 It was a great day, lots of fun, very low keyed, and I look forward to doing it again soon
Have a rosy day
Claire 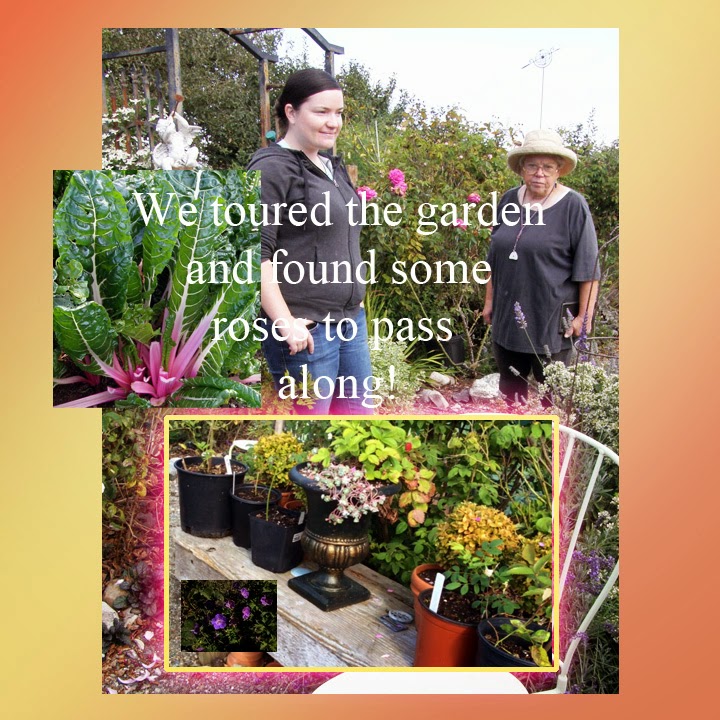 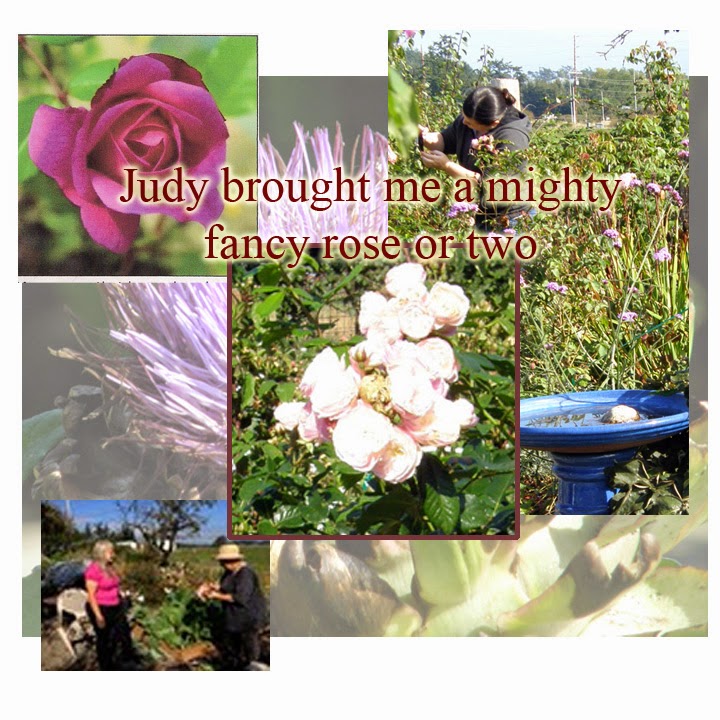 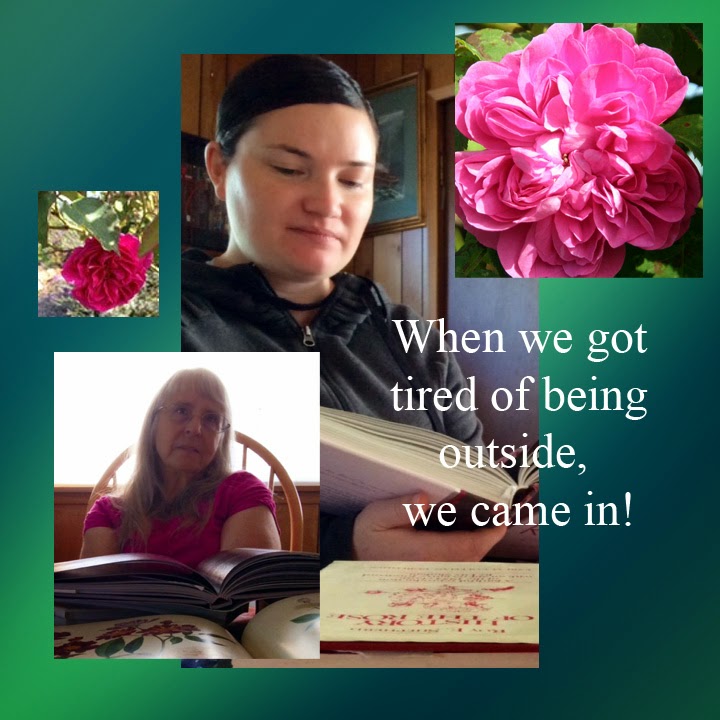 Posted by LocalLamb at 9:33 AM No comments: 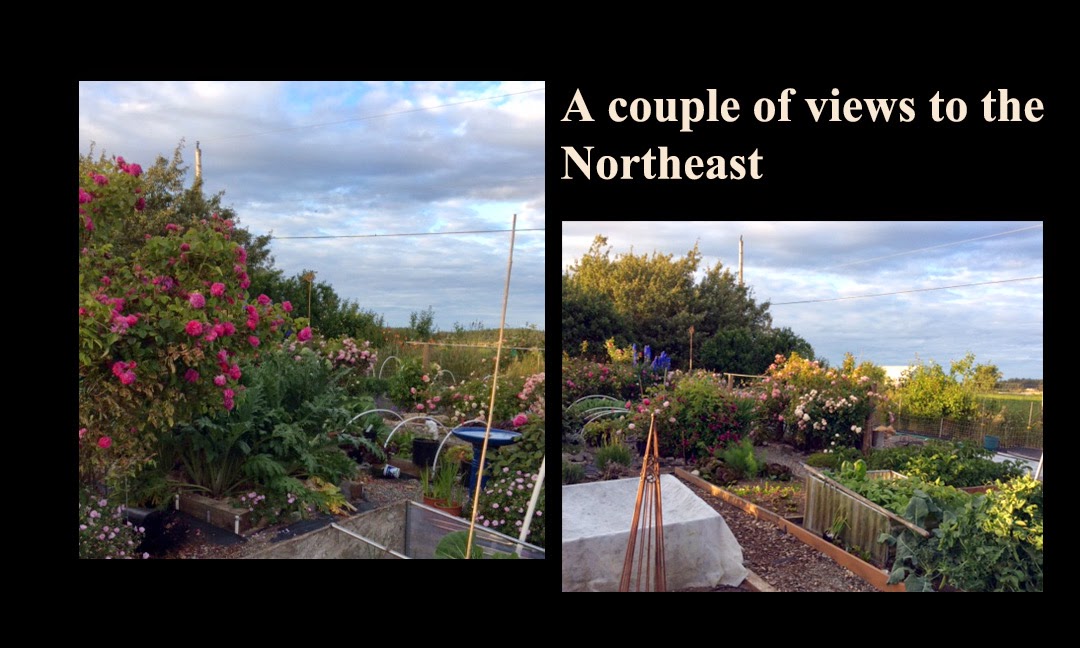 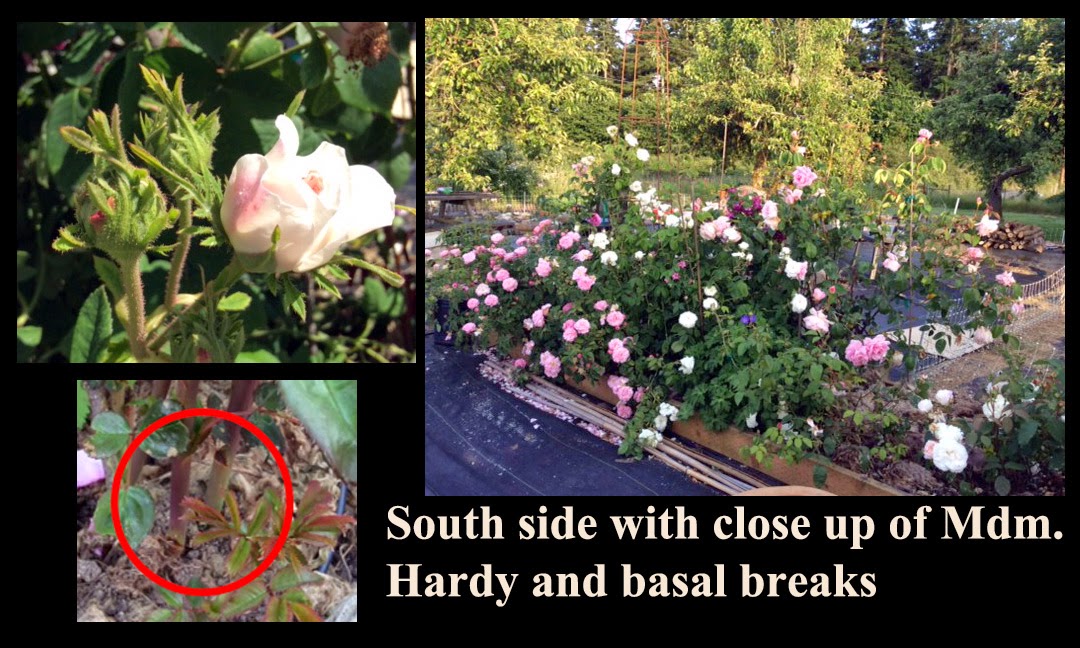 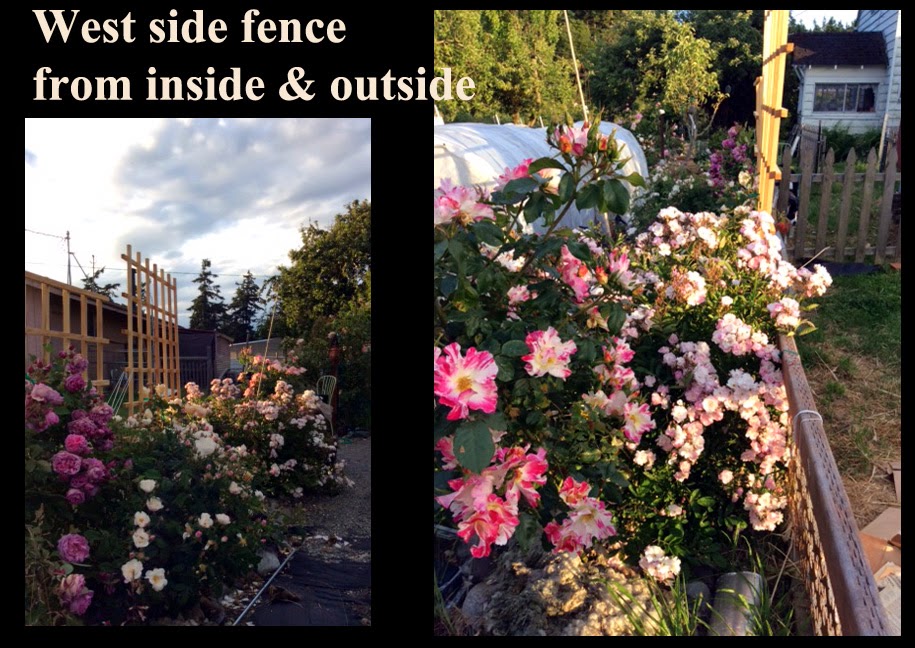 Posted by LocalLamb at 1:07 PM No comments: